In January of 1997, the Holy Spirit instructed Pastor James to establish Living Word Church of Baton Rouge.  Pastor James has laboured diligently and faithfully in this ministry and is prayerful concerning God’s will for the House of God.

Pastor James rededicated his life to Christ and received the baptism of the Holy Spirit with the evidence of speaking in tongues in 1979. He immediately got involved in his local church and in 1981 became a member of Word of Faith Christian Center (now Celebration of Life) where he served faithfully for 16 years.

In June 1994, he was ordained into the ministry by Pastors Elvin & Trudy Norsworthy and Pastors Johnny & Pamela Drumgole.  He is an anointed teacher of the Word and teaches with such boldness and simplicity that anyone can comprehend and receive the word delivered.  The Word he preaches causes faith to arise and nurtures maturity. The love with which he ministers has a life changing effect on those that hear his teachings. He is anointed to deliver and set the captives free. The gifts of the Holy Spirit are manifested as he ministers the uncompromising Word of God. 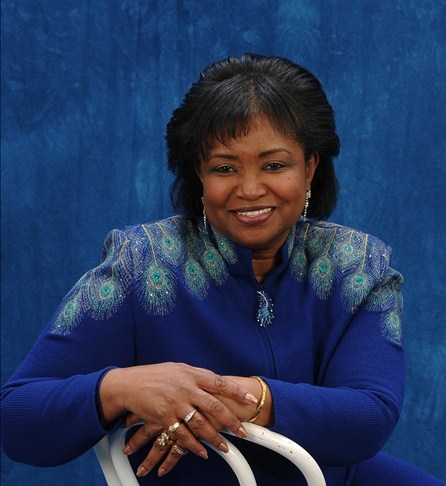 Prophetess Selena has been saved and filled with the Holy Ghost since 1979 and was ordained into the ministry in June of 1994.  She flows in revelation knowledge, operates in the gifts of the Spirit and walks with the Lord daily. As the song of the Lord flows from her spirit, the presence of God fills the temple and yolks are destroyed. Her relationship with God is so real until it provokes others to seek after that same kind of relationship.

She is the author of the book entitled “Seek the Glory, Get the Gold”. The ministry of Prophetess Selena will excite you; exhort you in the things of God; and cause a stirring within your spirit for a closer walk with Him.